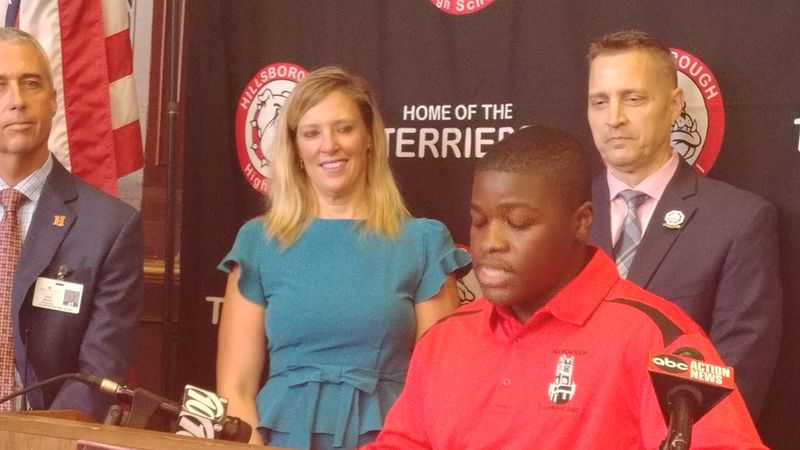 They money is part of more than $27 million in grants that have been awarded in Florida, of which $6.4 million — including $1.2 million for Hillsborough — is intended to help school districts and law enforcement prevent school violence.

Guests included Anthony Allen, a Hillsborough High senior who is vice president of the student government and president of his school’s “Start With Hello” club. Allen, 18, plans to attend Florida State University next year to major in international affairs.

He spoke of the fears many students feel, having grown up in the years following the Columbine massacre and, more recently, the mass killings at Sandy Hook and in Parkland.

“With every bang on a locker and yell in the hallways, I jump and think about the worst,” he said. “However, I have never felt safer until now.”

The $1.2 million is just a fraction of state, federal and local tax money the district has been spending on security and mental health, much of it mandated by the state after the 2018 Parkland killings. These projects include the creation of threat assessment teams and physical improvements to harden access to the schools.

Superintendent Jeff Eakins said the $1.2 million will be spent as follows: $492,000 for a program in the middle schools that addresses behavioral issues, $500,000 to bolster the threat assessment process, and $250,000 to install public safety locks on the schools so first responders can enter in case of an emergency.